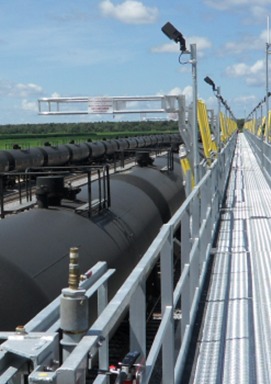 The purposes of the DC Express Pipeline are to help Uintah Basin oil producers reach markets outside of Utah and to connect them to their new and existing customers in a more safe, efficient, and environmentally friendly way.

Because of the waxy characteristics of Uintah Basin crude oils, producers have historically been limited to marketing their product to refineries in North Salt Lake via tanker truck. This began to change in 2013, when midstream companies started transloading crude oil onto rail at various locations throughout the state, with the highest concentration being in Wellington City, a small community near Price.

The DC Express Pipeline will connect the Basin's oil producers with the state's largest rail transloading facilities via the most safe, economically efficient and environmentally friendly means of transporting crude oil--a state-of-the-art pipeline.

Basin producers will be able to ship crude via rail to markets outside of the Wasatch Front, notably Southern California and the Gulf Coast, where refining capacities dwarf those available in the local market. Additionally, a crude by rail terminal to serve the refineries in North Salt Lake is in the planning stages. Once the Salt Lake terminal is up and running, the DC Express Pipeline will allow Basin producers to deliver oil to North Salt Lake without resorting to deploying tanker truck traffic over Highway 40, which is dangerous, expensive, and bad for both the environment and Utah roads.